The Char Dham Yatra is an annual pilgrimage to India’s 4 holiest Hindu shrines located at the 4 corners of the country. According to Hindu legends, undertaking a journey to the Chardham in Uttarakhand helps one to wash away sins and get Moksha. Below are the 14 secrets of Char Dham we bet most of you didn’t know.

Chardham Parikrama
As per the Hindu tradition of parikrama, pilgrims undertake this holy journey from left to right. Pilgrimage to Chardham yatra begins from Yamunotri Temple, the westernmost shrine in the Garhwal dedicated to the Goddess Yamuna, before proceeding to Gangotri Temple which is devoted to Goddess Ganga, and then further moves to Kedarnath temple which stands as one of the 12 ‘Jyotirlingas’ of Lord Shiva and finally concludes at Badrinath temple which is devoted to Lord Vishnu.

Chardham Represents Three Major Sectarians
The sacred sites of the Chardham in Uttarakhand are not allied to any single sect. Rather, it represents three major sectarians with the Vaisnava site at Badrinath, joined by a Saiva site at Kedarnath and two Devi sites at Yamunotri and Gangotri.

Jagannath Temple in Puri
They are a highly revered class of temple servants whose only job is to climb atop the 214 feet high temple at sunset and tie the flags offered by the pilgrims onto the Neela Chakra at the temple apex. This task is usually accomplished within 20 minutes without using any special gear, but with some truly unconventional manoeuvres on their parts. This everyday ritual is a huge crowd puller.

Ramanathaswamy Temple in Rameswaram
The Ramanathaswamy Temple holds the record of having the longest corridor in the world, measuring more than 1.2 km. The corridor is bracketed by 1200 giant pillars with detailed carvings and sculptures depicting various scenes from Hindu mythology. These pillars are a true testament to the architectural prowess of the Pandya Dynasty as they are built with such precision that not a single one is out of line

Jalamagna Shivalinga
Located near Gangotri temple, Jalamagna Shivalinga is a natural rock Shivling which is visible only during the winter, when the level of the water goes down. This site is believed to be the place where Lord Shiva held Ganga in his matted locks.

Surya Kund
Located close to the freezing Yamunotri glacier, Surya Kund is another hot water spring which holds an important religious significance. The water of this spring is so hot that the Prasad is prepared in the water of kund only that too within just a few minutes.

Badrinath Temple
Owing to its conspicuous Buddhist architecture, the current site of the Badrinath Temple is believed to have been a Buddhist shrine before the 8th century.

Story Behind Kedar’s Construction
According to the historical facts, the initial temple of Kedarnath which now stands adjacent to the present temple was built by the Pandavas. After winning the battle of Mahabharata, the Pandavas felt guilty of killing their own brothers and therefore came here in search of Lord Shiva, who kept hiding from the Pandavas. Finally Bhima, one of the Pandava brothers was able to recognize the Lord who was hiding in the guise of a bull. Thereafter, Lord Shiva runaway from that place leaving behind his back part. Even today, the hind part of Shiva is worshipped in Kedarnath

Gauri Kund
Situated at a height of 6500 feet, Gauri Kund serves as the base camp for the pilgrims on their way to Kedarnath. It comprises a temple and a hot water spring dedicated to Goddess Gauri. According to legends, Gauri Kund is a place where Goddess Gauri, wife of Lord Shiva carried out her yogic practices.

Tapt Kund
Located just below the Badrinath temple, Tapt Kund is the holy hot water spring where devotees take bath before visiting the Badrinath temple. The water of the kund is believed to be infused with medicinal properties. The springs of Tapt Kund are known to be the home of Lord Agni, the Hindu God of fire.

Narad Kund
Located close to Tapta Kund, Narad kund is believed to be the recovery source of the Badrinath idol. The hot water springs comes out from under the Garur Shila and falls into a tank. Devotees visiting the Badrinath temple take a dip in this kund before heading into the temple.

Chardham Yatra Taxi cost per day for july to sep

01: Chardham minimum 9 days Ex Haridwar / 12 days Ex Delhi
02: Kedarnath-Badrinath Minimum 05 days.
03: Gangotri Badrinath Minimum 07 days.
04: Gangoti kedarnath Badrinath Minimum 07 days.
05: Ac will not work at hills. If you want to ac car you have to book before.
06: If you book AC car then you have to prepare swith off ac at high hills.
07: That’s cost will be add chardham and on the way sightseeing out side sightseeing will be chargeable.
08: GST will be extra on bill.
09: Rates can be change in may and jun so please clear the all details before the booking.
10: May and jun is very peak season for chardham so please don’t accpet new car.
http://chardhamtourism.com/char-dham-taxi.html 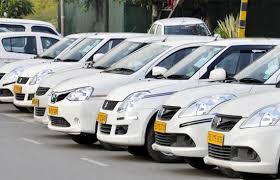 Chardham Yatra is referred to the four Hindu spiritual sites in Uttarakhand state of India. These are Yamunotri, Gangotri, Badrinath and Kedarnath. Nestled in the round of majestic Himalayas, these four sites are the epicenter of religious movement in north India. Traditionally, the Chardham Yatra is undertaken beginning the west to the east. Consequently, the yatra starts commencing Yamunotri, after that taking place to Gangotri and to end with to Kedarnath and Badrinath. In the middle of the four Char Dham, Yamunotri and Gangotri are devoted to goddesses Yamuna and Ganga in that order. On the additional hand, Kedarnath is enthusiastic to Lord Shiva while Badrinath is committed to Lord Vishnu. In addition, citizens also visit Hemkund Sahib in the surrounding area, which is one of the uppermost situated spiritual sites in the country. Thus, pilgrims visit all these places in ambition of washing away their sins and to accomplish deliverance, by the blessings of the Lord. The enormous Himalayas are known as habitat to numerous Hindu Gods and in Uttarakhand, there are a number of the most holy Hindu temples. There are four very legendary temples named Yamunotri, Gangotri, Badrinath and Kedarnath which are reciprocally known as Char Dham and the journey of these four sacred shrines is called Char Dham Package. The Char Dham Yatra of Uttarakhand is measured as one of the most auspicious trip for the Hindu devotees and this yatra is completed by a lot of pilgrimages from all over the world. The courage of the Gods and the natural loveliness of the great Himalayas are an ideal amalgamation that enhances the religious and saintly fondness of the Char Dham Package. Compassionately go throughout the subsequent explanation of all the four hallowed shrines of Char Dham Packages:
http://chardhamtourism.com/char-dham-packages.html

Yamunotri : The westernmost holy place of Yamunotri is one of the most visited shrine in CharDham Package which is positioned in close proximity to the source of the river Yamuna. The Yamunotri temple, build by King of Tehri Garhwal, Maharaja Pratap Shah, is situated on the left bank of the river Yamuna. The river is measured as a heavenly mother and a goddess intended for all the Hindus and has been an well-known part in the expansion of the civilization in the north India.
http://chardhamtourism.com/yamunotri-package.html

Gangotri : Gangotri Dham is positioned on the banks of river bhagirathi  char dham yatra package from haridwar at an distance from the ground of almost 3200 m higher than sea level and appreciated as one of the most sacred and holy shrines for the Hindus. Gangotri has an significant position in the Char Dham Package. The Gaumukh Glacier, Recognized as the foundation of the river Ganges is to be found on a trek direction from Gangotri. The tourists who wish to visit Gaumukh Glacier require Government permission.
http://chardhamtourism.com/gangotri-package.html

Kedarnath : Kedarnath temple considered as the holiest pilgrimage among the most worshipped pilgrimages for the Hinduism followers. There are twelve Jyotirlingas of the Lord Shiva and Kedarnath is one of those twelve Jyotirlingas, situated near the source of the river Mandakini at an elevation of 3585 m above sea level. To visit this temple there is a trek route of 14 km from Gaurikund. However, the temple can also be visited by a helicopter ride which starts from Phata. This temple is situated at the highest place of the Char Dham Package and has a very low oxygen level.
http://chardhamtourism.com/kedarnath-package.html

Badrinath : The most famous and the most visited dham among the Chardham is Badrinath which is also known as Badri Vishal, the fourth dham. With the Neelkanth peak in the background, it is located between Nar and Narayan peaks. Badrinath is the most venerated and the largest among the five Badris also called as the Panch Badri. Badrinath is one the Char Dham (four dhams) of India established by Adi Guru Shankracharya.
http://chardhamtourism.com/badrinath-package.html

The aloofness from Char Dham can be enclosed in most favorable time with the assist of taxi service. We will make certain that your journey is comfortable and you may halt at your convenience anytime, anywhere for a short break during the voyage on road. We also launch hardly any offers throughout convinced seasons and holidays. We try to offer you outstanding deals from time to time to help you take a trip in the cheapest probable fares. Through our intelligible website, you can hire Taxi  online in little simple steps and avail stress-free car rental service. Travel from Char Dham with Chardham Tourism and have an enjoyable trip.
http://chardhamtourism.com/index.html

At Chardham Tourism Car Rentals, you determination acquire a lot of options of car types to decide for hiring a taxi from Char Dham. Some of the admired car models include Indigo, Swift Dzire, Etios,Zest, Innova,Tavera,xylo,Bolero and many additional luxury cars.

The link below things to see the variety of car options obtainable which you can decide for Char Dham Taxi booking With Charges
http://chardhamtourism.com/char-dham-taxi.html

We take grate best deal of pleasure to introduce ourselves as a Car, Cab and Taxi Rental or Hire taxi Service Provider in Haridwar. Transfers / airport Pick up / Airport taxi Service is given at very low price so that you can reach your hotel safely.

We cover all pilgrimages and tourist destinations with our own fleet of latest models of Cars and Buses ,we have both options for your travel transportations air- conditioned and non air-conditioned. Char dham taxi services at  reasonable rates.

Chardham Taxi division of Chardham Tourism offers car rental service for chardham that is sure to serve all your requirements. A wide range of our chardham taxi service provides you with comfortable and safe travel by taxis, coach and luxury cars not only in Uttarakhand but all over India.

At chardham Tourism we provide chardham taxi services according to your requirement and budget. We also organize tours and provide car rental services in Haridwar, Rishikesh, Dehradun, Mussoorie, Jim-Corbett National Park, Nainital and other destinations in around Uttarakhand.

Ours is a well trained staff and well maintain Taxis, cars and coaches. Also, our guides and drivers have an intimate knowledge of the Himalaya roads. At chardham Tourism we work to make your journey an unforgettable and excellent experience. It’s our mission to provide excellence and reliance to our clients. With Chardham Taxi division of Chardham Tourism you can enjoy your holidays without any worries. Our motto is your satisfaction, safety and fun.